Montag Modus Klimata is a five-event project, organized by the MMpraxis curatorial platform in collaboration with Collegium Hungaricum Berlin in 2019, funded by Hauptstadtkulturfonds and the Hungarian Ministry of Foreign Affairs and Trade, and supported by Flutgraben e.V. and Studio Public in Private. 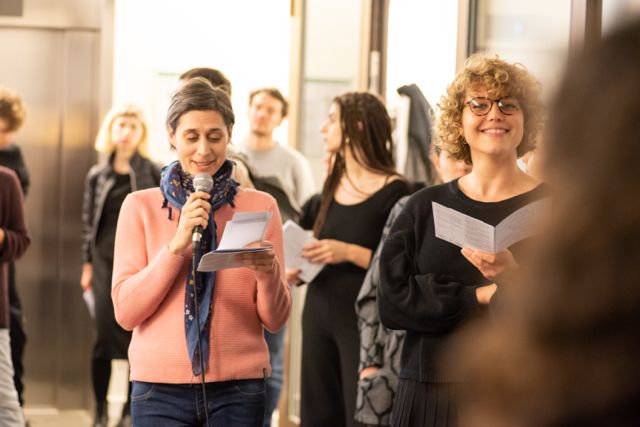 Klimata is a five-event interdisciplinary project and a thematic issue of Montag Modus in 2019 that takes the notion of ‘climate’ in its broadest sense as the project’s point of departure. The fundamental objective of Klimata is to present a local reading of political, ecological, and social crises from the perspective of artists.

The title, Klimata, refers to Bruno Latour’s definition of ‘climates’ in the German translation of “Down to Earth: Politics in the New Climatic Regime” and is understood as “a wide range of relationships between humans and their material living conditions”. Latour considers the ecological crisis of the Anthropocene as a fundamental crisis of modernity – a modernity built on abstract assumptions and detached from its material constraints. The political anomalies of the present-day illustrate that the majority of the response to this crisis encourages unholy alliances against the real problem – namely, to find another way to live on this Earth.

Over the course of 2019, Montag Modus invites 3 to 5 productions of Budapest- and Berlin-based artists from both visual and performing arts as well as a writer or cultural scholar to contribute to the given topic in their respective media. Montag Modus allocates one-week residencies to the participants in the time preceding the public event in order for them to experiment and further develop their works. The events take place either in CHB or in Flutgraben Berlin.