Supported throughout entire time by Flutgraben e.V., Studio Public in Private and Special Agency Studio. In 2017 founded by the Berlin Senate Department for Culture and Europe. 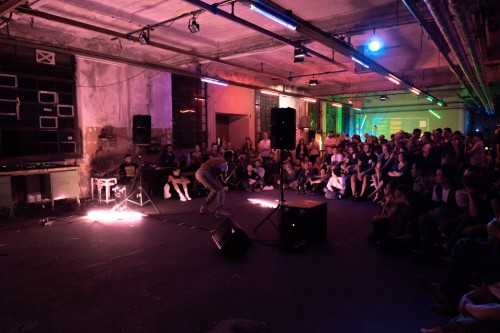 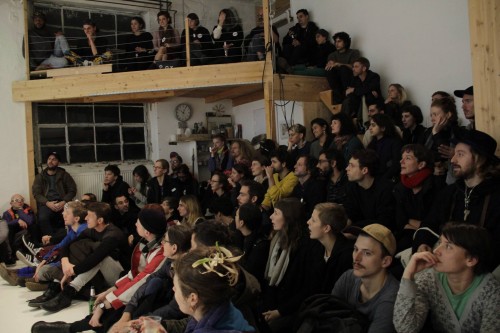 3AM was a multi-disciplinary event that brought together artists and audience in order to challenge, experiment and reinvent the formats of presentation, and / or to propose a moment where works can be tried out in a welcoming environment.

It was started in December 2014 and took place every 2-3 months in Berlin at Flutgraben and each time a new artist or group of artists are invited to organise the event in the way she/he/they want. In total 14 events have been organised with more than 200 artists and 4000 audience members taking part.

3AM had a focus on giving value to experimentation and local collaboration. Our frame stayed purposefully open to allow for any new forms to emerge: combining performance and science, music and durational installations. We liked finished products, but we also liked testing things out and we had the luxury of being able to fail. We invite different people to collaborate with our core team every time in making the event possible.

3AM was an experiment. We designed the event organisation to be transparent. We made our process public and the event ran thanks to the volunteers who made it possible. In short, everybody was a volunteer!

We were not interested to set up a new platform for artist visibility but rather to create and preserve a time that could allow experiment and failure to happen, discussion and silence.

It was not about success, fame, reward but rather about attempt, participation, reflexion. As we were looking for ways to minimize the consumerist aspect of the events, the audience was as well invited to take part, take care of practical and artistic aspects of the event.